Age of Empire is a real-time strategy game based on the medieval era-spanning 1000 years of human history. However, the simple goal of the game is to build your base, create troops, and destroy the enemy base or bases before losing your own. It requires a good balance between planning the strategy and resource management to pull it off effectively. It features both single and multiplayer modes with a very healthy and active community of players. If you’ve never heard of the age of empire, then the question needs to be asked where you have been for the last 20 years. It is about the top 10 games like age of empires.

A strategy game that makes you king or queen of your very own kingdom. As the all-powerful, it’s your job to attract new settlers to revive the kingdom, increase prestige, and take out other kingdoms nearby—a lot of game modes to play.

This game has two sides. The first one is a strategic map with turn-based mode. The second one is real-time battles on land and at sea, in which you take direct control of your troops.

Stunning visuals Besides, your troop’s combat efficiency is also affected by the ground.

The game gives you to select the role of a lord with a small castle and a poor village at his command. You have to build a powerful country, and you are the boss.

The game started in the Neolithic era, and its about the Stone Age. These days people create their first settlement and leaving the nomadic lifestyles. You can guide people to build realistic cities.

It released in 2003, but the HD remastered version is incoming. If you like classic games, this may be a great discovery for you.

Praetorians take you to the Roman Empire. There are three nations in the game. Romans can use war machines and various combat types on the field.

The first part of the knights of honor was one of the most underrated games most people ever played—city development as well as industrial and mining infrastructure.

It is a hybrid of an action game and a real-time strategy. The game is set in a fantasy world and, according to its creators, they offer a fresh approach to the RTS genre.

GodHood takes on the role of a newborn god, contacting a group of his future worshipers. After witnessing the first supernatural phenomenon, the tribe decides to adopt and spread the newly created religion; this isn’t an easy task.

The region in which the game takes place is far from monotheism, and a considerable number of gods with extremely different Decalogue fight for domination in it.

It is a survival RTS game. Endless waves of various creatures like skeletons, giant bats, and spiders. What makes Conan different isn’t only the setting of the Conan world.

It’s about the history of Europe in the year 1920. You can build defensive lines and working out how best to break those of opponents

If you like our collection, Don't Forget to add a good review 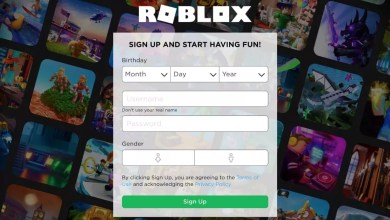 Best Games like Clash of Clans for Android / IOS in 2020

Best Games like Pokemon Go for Android / IOS in 2020